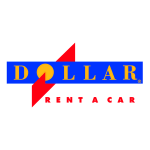 click for code LS12D
Save 5% at Dollar Rent A Car.

click to redeem
Save on Car Rentals with Dollar's Veterans Advantage Program.

click for code LS13D
5% off, Time and Mileage Only, When You Book on Dollar.com and Rent from One of Our Participating U.S. Locations.