Losing Battle: Looking at weight loss from all perspectives

Rachel Frederickson probably doesn't mind being called a "loser." She might, however, take homage with being called a "cheater."
Controversy abounded upon this year's "Biggest Loser" finale when Frederickson revealed her final weight at a staggering 105 pounds, prompting speculation that her weight loss may not have all been thanks to the long running NBC reality television show.
That 105 weight in was 155 pounds less than her original starting weight, the definition of drastic when it comes to weight loss. 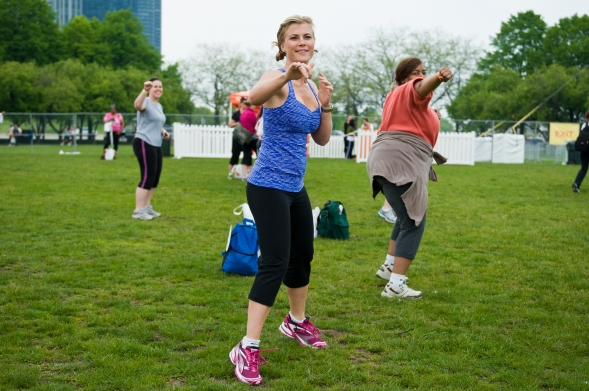 Like this article? You should check out all our Target promo codes!
Frederickson quickly defended her weight loss and said that she ate a certain number of calories without fail and exercised like crazy. That regimen, in conjunction with the expert trainers and exercise all the time mentality on the "Biggest Loser," seems like a recipe for success. Those who are scrutinizing the situation on the more pessimistic side are stating that Frederickson and her weight loss might be more than just smoke and mirrors of reality TV and border on anything from starvation to spending way too much time exercising.
Frederickson will tell anyone who will listen that she has never felt better, and assures that her weight loss is the product of hard work and not shortcuts.
At least for now, you should take Frederickson at her word. It would incredibly easy, however, to suggest that Frederickson stood to gain by losing. Winning "The Biggest Loser" competition is equal parts satisfaction and windfall, the latter in the form of a $250,000 prize.
To suggest that Frederickson pulled out all the stops to win that money overshadows the notion that she actually wanted to lose the weight to stay healthier and live longer. Obesity is an epidemic, and Frederickson did something that millions of other people would have loved to do, and that is lose weight and change their life for the better.
Is society so incredibly cynical to assume that weight loss of dramatic proportions has to somehow be besmirched? Apparently, yes.
The producers of "The Biggest Loser" didn't do the situation or Frederickson any favors when asked about her weight loss, and returning with a statement that is broad rhetoric with no substance or, more importantly, a direct answer.
Had they talked openly about Frederickson specifically and assured the masses that "The Biggest Loser" is about changing the lives of individuals for the better, and pointing to Frederickson as just another example of the good work the show does, would have done more to quell the situation than allow it to bloom. Even the other trainers, the ones who didn't work with Frederickson, seemed hesitant to comment about what she had done as part of the show.
Leaving Frederickson to fend off pundits is hardly the way you want to send your show's "champion" off stage and into the mouths of the media.
Especially if what she did was totally the product of putting in time, effort and seeing renowned results.

Your allergies to certain foods is unfortunate but necessary.
If gluten gives you a hard time, then living life gluten free is allowing you to feel fantastic.
The hardest part of eating around certain foods regardless of the reason comes not so much when your making lunch or dinner at home but rather finding restaurants that accommodate your dietary restrictions or perhaps even a grocery store that gives you realistic options.
The latter dilemma has given rise to plenty of products with the "gluten free" label, along with stores dubbed as "whole foods" or "organic." What some may scoff off as a gimmick or another means to cultivate revenue and create a demographic of new food buyers and diners, others hold this new found eating habit close to their heart, and stomach, and swear by the effectiveness of a gluten free diet and how it makes them feel.
As far as eating at home and carefully selecting ingredients and snacking, the selections can be sparse and most of the foods you love to eat most likely might be off limits if you're gluten free. Just the idea of snagging a small bag of pretzels or a quick early morning bagel is quickly bagged and the search for something specific begins.


Like this article? You should check out all our Vega discount codes!
The aforementioned organic and whole foods shops showcase most of what you'll need for the most part but they haven't reached mainstream status just yet as far as having one on every corner of every neighborhood.
If that's the case, plenty of online companies have created a simple stream to supply those who suffer from allergies or are gluten free with plenty of applicable products that they simply can't find in stores. Take those pesky pretzels for example.
Few of them are gluten free, and the ones that are leave a lot to be desired from a taste standpoint. That isn't the case with Pretzel Perfection and their twice baked snacks. Not only are they gluten free but taste tremendous and actually are available in a myriad of flavors.
Once you take your allergy and gluten free needs on the road and away from the friendly confines of the home is where some experience plenty of frustration.
You peanut allergy won't appreciate that peanut oil the chef is cooking with, and not every fine dining establishment is on the cusp of the gluten free movement. That translates into some tentative restaurant reservations or calling ahead to ensure your trip isn't futile when you arrive to find you can't eat anything on the menu.
A tremendous guide in this instance is the appropriately titled book, "Let's Eat Out Around the World Gluten Free and Allergy Free." The title of this book is a mouthful, but its benefits will keep you from going hungry when you're trying to adapt to a certain diet. The book is adept at guiding you through making pertinent decisions about your food choices and giving you much needed information on exactly how a particular ethnicity prepares its food, and subsequently how it affects you.
What food book would be complete without plenty of colorful pictures, along with specific examples of how to eat around your favorite foods like pasta and pizza. "Let's Eat Out Around the World Gluten Free and Allergy Free" goes above and beyond just the day to day rigors and actually will set you on the right path as far as traveling and planning a vacation around your eating habits.
This book, along with a growing awareness and slow build to a better understanding of specialty diets, gives a renewed sense of optimism to those who have allergies or wheat aversions when it comes to eating.