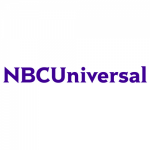 3.00 on 2 votes
The incredible history of memorable characters and equally mesmerizing television shows have come together for what can only be described as a â€œonce-in-a-lifetimeâ... Keep Reading
The incredible history of memorable characters and equally mesmerizing television shows have come together for what can only be described as a â€œonce-in-a-lifetimeâ€ reunion â€“ as part of NBCâ€™s Universal Store. Merchandise from all your favorite television shows â€“ past and present â€“ can be found as part of the all-encompassing NBC Universal Store. NBC also dabbles in the movie business and such items as a Jurassic Park or Big Lebowski T-shirt are met with rave reviews. The level of branding truly is remarkable as hit shows such as the Biggest Loser, The Office and Parks and Recreation have their iconic characters and logos plastered on fantastic T-shirts, coffee mugs and even have their own array of bobble heads. Those behind the scenes at the NBC Universal Store offer suggestions to customers as part of the online shopping experience. The staff has a section with their favorite picks and the web site also breaks down the best-sellers and a well-placed â€œGift Guide.â€ This guide pushes customers in the right direction by breaking up the buying experience with gifts in a certain price range. Fans of certain shows can live vicariously through their favorite characters as the NBC Universal Store allows you to shop for various props that were used on the set of shows. Friday Night Lights â€“ a high school drama that centers on football â€“ features everything from T-shirts to cheerleader outfits. The Officeâ€™s fictitious â€œDunder Mifflinâ€ paper company is all the rage as part of the props section with fans of the show buying faux softball jerseys and â€œThatâ€™s What She Saidâ€ T-shirts. One of the more enjoyable stops at the NBC Universal Store is the â€œRetro Section.â€ This pays homage to some of the best and most memorable shows in the history of the network. Fans will â€œScreechâ€ over all the memorabilia dedicated to Saved By The Bell, A-Team, Friends and Seinfeld. In fact, the â€œFriendsâ€ Central Perk oversized coffee mug still finds itself on the best-seller list even after the show has been off the air for a decade. Fans of television and movies donâ€™t just watch shows; they believe in the characters and show tremendous loyalty by following each and every storyline on a weekly basis. Itâ€™s only fitting that NBC emulate that same passion as part of a sensational online shopping store.

Have a NBC Universal Store keycode and want to add it?