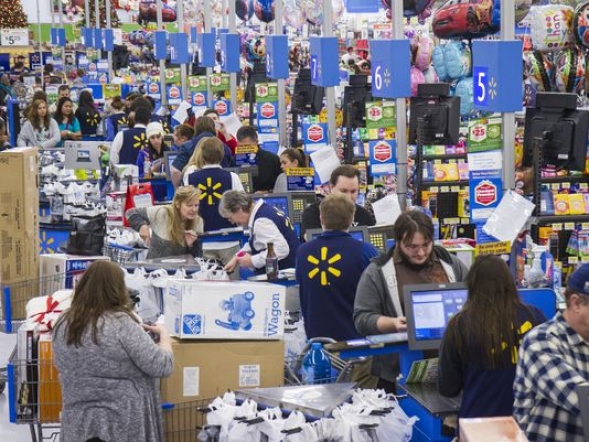 Let the downsizing begin.
Wal Mart is just the latest retailer to start cutting, and this time it's not just jobs specifically but stores closing.
The nation's number one retailer is closing 154 stores in the United States and more than 200 worldwide, and that staggering figure shouldn't surprise anyone. The Wal Mart stock isn't doing so hot and hasn't been for quite some time, and the thought of the company closing stores seems long overdue.


Like this article? You should check out all our Target promo codes!
The Wal Mart blueprint of pushing Super Stores as their model quickly became a thing of the past when consumer started to skip the buy it all in one place mentality and instead have started to enjoy a smaller floor plan and more of an "express" feel to what they want out of a retailer.
Furthermore, if holiday shopping is any indication of how customers feel about going to stores to shop, then closing various Wal Marts throughout the United States shouldn't come as a surprise, either.
Customers are all about convenience and price, and online shopping has both at a very high rate of satisfaction and efficiency. And with that, Wal Mart might have held out for quite some time as far as closing stores, but they can only look at the books for so long before they realize a change is in order.
The other elephant in the Wal Mart room is how these stores seem to pop up so randomly and in the most questionable locations. It wasn't that long ago when Starbucks starting to close a multitude of stores due to saturation of the marketplace with their coffee, snacks, teas and everything else that is related to the brand.
There's a Starbucs on every corner, and there's only so much coffee to go around as far as people having five different stores to choose from within the span of only a few miles. Some argue that Wal Mart is the same in that you don't have to go very far between Wal Marts, and thus their research on population density and return on investment for some of their properties reveals that there's only so much need for Wal Mart when they're built only a few miles from one another.
The latest statistic on the Wal Mart closing suggests that a majority of the Wal Marts being closed have a close proximity to another Wal Mart erected nearby. That's bad business in that when business was booming, stores were being built left and right and something as simple as population density or the amount of people and money to go around never came up at the decision making table on that day.
The end result is Wal Mart starting to close stores and begin working backward to go forward as a viable entity that turns the corner toward being relevant and more profitable than it was in 2015.