Hanging it up: Recent trend of retiring raises concern 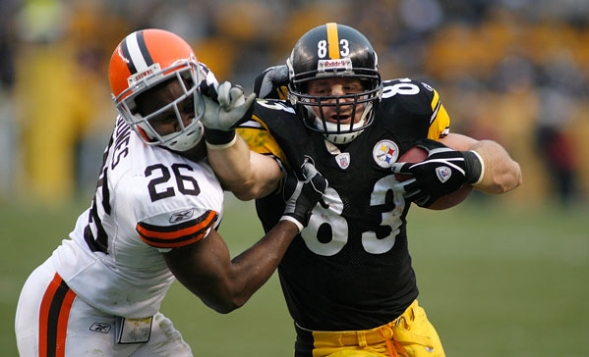 Last week, Pittsburgh Steelers tight end Heath Miller announced he was retiring from the NFL after 11 seasons. Miller still had one year remaining on his contract, but opted against returning for a 12th season. Also last week, New England Patriots linebacker Jerod Mayo announced that he is retiring as well. Mayo is 29 years old. This comes after Seattle Seahawks running back Marshawn Lynch announced his retirement, at age 29 as well. It seems that early retirement is becoming the new trend amongst NFL players.
Rumors are also swirling that Detroit Lions wide receiver Calvin Johnson is going to retire as well. While Miller was in the twilight of his career, Mayo, Lynch, and especially Johnson seemed to have several more seasons of good football left in them. But with growing knowledge of the after effects professional football has on a players life, it seems early retirement is something that could be a crisis for the NFL.
With more and more information coming out regarding CTE, the long term effects concussions have on a players brain, and more and more former players talking about their quality of life after football, it shouldn't be that surprising that more players are calling it a career early. Last year, 19 players who were age 30 or younger retired from the NFL. That number is up considerably from 5 years ago, when only 5 players retired at the age of 30 or younger.


Like this article? You should check out all our Target promo codes!
If Johnson retires, he'd leave nearly $16 million dollars on the table. But he's also made over $100 million dollars in his career since starting in the NFL in 2007. With players making more money and realizing the greater risks that a long NFL career can take on their bodies, it only makes sense that guys like Johnson are retiring early.
The trend had been that most players would play until they either weren't wanted anymore or until their bodies could no longer play at the level required to be in the NFL. But with player salaries being what they are, a new trend could be starting. If a player is smart and invests right, one NFL contract should be enough to set him up financially for the rest of his life without having to play a long and physically devastating career.
Could the NFL be in for a crisis in the near future? There seems to be more concerns about youths playing football because of the injury risk associated with the game and more and more information coming out about the effects football have on a player. So is a reduced number of players on the horizon as well? Combine this with early retirements and could the NFL have a future issue when it comes to their player pool?
This is definitely a while down the road before it becomes an issue. But it's something that the NFL is going to have to address at some point. It seems the trend of being able to enjoy life after football is becoming more of a priority for players than playing for the love of the game or cashing a paycheck is.