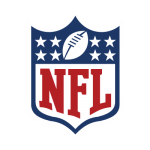 5.00 on 11 votes
Not many brands rival the National Football League in terms of overall revenue, popularity, marketing and worldwide appeal. The NFLâ€™s online store “the aptly tit... Keep Reading
Not many brands rival the National Football League in terms of overall revenue, popularity, marketing and worldwide appeal. The NFLâ€™s online store “the aptly titled NFLShop.com“ certainly is no different. Generating traffic to the web site is easy when youâ€™re brand â€“ the NFL â€“ is the number one sports league in the world and generates million of television viewers. The success of the site is the quintessential no-brainer. The site is incredibly easy to navigate and features a fantastic drop-down menu that populates a list of each of the 32 NFL teams. Each team â€œstoreâ€ is constructed the same and offers an array of T-shirts, sweatshirts, outwear and various accessories. Like a savvy marketer, the NFL and team logos are plastered on virtually everything from coffee mugs to key chains. The NFLShop.com experience makes shopping favorite paraphernalia easy. The idea of ordering online, too, is especially a draw for fans that live in Pittsburgh but are fans of the San Francisco 49ers or New England Patriots. The local malls likely will be adorned with everything Steelers and make finding a Pats or 49ers jersey nearly impossible. NFLShop.com has it â€“ and you â€“ covered. Another great component of the site is its email marketing. NFLShop.com, with a simple email address, keeps its loyal customers informed through emails when any new, specific team-oriented product is being offered. The site also deploys email coupons or special offers â€“ again making them personalized to the customer and their favorite NFL team. The NFL especially is very protective of its licensing and really promotes the notion that its gear isnâ€™t carbon copies or fakes but rather the official version of what fans see each week on television. NFLShop.com appeals to the fans who want the â€œreal dealâ€ and not something that was cooked up by super fans in their basement to make a quick buy on eBay. All of the NFLShop.com merchandise includes the NFL logo â€“ a sure-fire sign that the product is real. That may not seem like a big deal but fans want the satisfaction of knowing that theyâ€™re purchasing official league merchandise. NFLShop.com also offers an extensive array of kids and womenâ€™s clothing to further broaden its online sales horizon and market share. The womenâ€™s clothing is designed specifically for the female fan and offering kids pajamas and bedspreads is pure genius. Certainly time periods also create unique products such as NFL Draft caps and conference championship T-shirts. Furthermore, NFLShop.com has added the ability to customize homes, offices or even the all-important tailgate party. Who doesnâ€™t want a Cowboys logo seared into their steak? Then again, this is the NFL, which â€“ along with NFLShop.com â€“ has left an indelible mark on the online ordering business.

click to redeem
Up to 60% off select outlet items.

Have a NFL Shop keycode and want to add it?