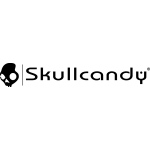 The first Skullcandy product was the Portable Link which was introduced at the 2003 International Consumer Electronics Show in Las Vegas, Nevada. The LINK system combined headphones with hands-free cellular technology, allowing users to both listen to music from a portable audio device, while making and receiving calls through their cell phone. In 2003, Alden sold the first products to Milo Snow & Skate, an action sports shop in Utah. Alden was named one of vSpring Capital's "Top 100 Venture Entrepreneurs" of 2008, and holds a patent for technology that integrates mobile phones and music players, LINK technology.
In December 2008 the company was named "the world's coolest ear bud," by Fortune Magazine. In addition, the company received local standing in 2008, placing in the Utah Business Fast 50, featuring the top 50 best and most innovative companies throughout the state. The company has quickly jumped to its place as the third most-sold headphone in the U.S. marketplace. In 2005 the company had $1.3 million in annual sales, while its 2009 ranking puts it in place to hit the $100 million mark.
Skullcandy is currently involved in supporting "Boarding For Breast Cancer " initiatives. Boarding For Breast Cancer (B4BC) is a nonprofit, youth-focused education, awareness and fundraising foundation designed to increase awareness about breast cancer, the importance of early detection and the value of an active lifestyle. Skullcandy announced their 2007 donation of $36,723.80 to Boarding for Breast Cancer at the 2008 SIA show, making their contribution the largest one-time donation the organization has yet to receive.

click to redeem
Up to 35% off Chops In-Ear and Hesh 2 Non-mic Headphones.

click to redeem
Save up to 35% on sale items.