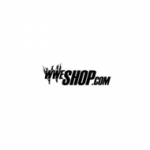 3.00 on 57 votes
World Wrestling Entertainment has seemingly migrated away from its â€œwrestlingâ€ roots and become more of a full-blown entertainment company and has even moved ... Keep Reading
World Wrestling Entertainment has seemingly migrated away from its â€œwrestlingâ€ roots and become more of a full-blown entertainment company and has even moved into mainstream movies. But, at the end of the day, the success of WWE is its ability for its in-ring superstars to connect with its millions of fans. That is done amazingly well via WWEShop.com. This is the WWEâ€™s official web site to purchase all things associated with the professional wrestling company. WWE has the benefit of hours of television each week â€“ most notably Monday Night Raw, which typically draws four million viewers weekly â€“ that allows the company to market DVDS, action figures and especially the T-shirts. The companyâ€™s television shows are constantly pushing the viewing audience to the web site. Fans of the products clamor in droves to wear the same shirts that â€œSuperstarsâ€ such as The Rock, John Cena and Triple H wear on a weekly basis. In short, fans live vicariously through their favorite wrestlers by buying and wearing the shirts. These larger-than-life, muscle-bound mega stars essentially are selling shirt by the thousands just by walking out on stage each week; No store needed. WWE is one of the unique brands that appeals to a wide-array of demographics. The program has toned down in recent years and is more of a PG-product. That fact has spawned great success in selling everything kid-related from wrestling figures to pajamas. Video games and DVDs always find themselves on the list of top sellers on a weekly and monthly basis. Essentially, WWE has slapped a logo â€“ either its company one or that of a WWE Superstar â€“ on just about anything it can think of: key chains, coffee mugs and even Halloween costumes. The one drawback to WWEShop.com really isnâ€™t their fault. Because of the distinct fan-base and overwhelming popularity of the product, the most popular items often sell out quickly. That fact forces fans to wait weeks for their favorite short as theyâ€™re issued the dreaded â€œbackorderâ€ status. That said, WWEShop.com always makes amends quickly with its loyal following of fans. To WWEâ€™s credit, however, the WWEShop.com offers great specials and coupons to both new and loyal customers â€“ everything from free shipping on certain dollar amounts to constantly putting merchandise on sale. Because wrestling is such a niche market and one that doesnâ€™t appeal to everyone, WWE seemingly has its work cut out for it. But WWEâ€™s popularity is undeniable and their delivery of their product puts a nearly unbreakable headlock on even the most prolific competition.

click to redeem
WWE Rise Above Cancer T-Shirt - Get the Gear, Join the Fight.

click to redeem
Subscribe to WWE Network for Exclusive WWE Video-On-Demand Libraries and PayPerView Programming and get February Free.